Investigation of the Crime

Investigators and agents from numerous government agencies worked around the clock, investigating the crime and seeking the perpetrators.

Have Faith in Others to Do Their Jobs Well

Approximately 200 FBI agents and specialists worked tirelessly to investigate the crime. Another 75 agents from the ATF and 45 U.S. Marshals assisted in the investigation. Teams spent several weeks sifting for evidence throughout the crime scene.
Through interactive exhibits in Chapter 9 of the Memorial Museum, visitors can explore methods investigators used and follow the investigation as it progressed.

McVeigh was arrested during a routine traffic stop by Oklahoma Highway Patrol Trooper Charlie Hanger. This incident, more than any other, showed how well the system works, with an ordinary officer doing his job extraordinarily well. Hanger stopped the yellow 1977 Mercury Marquis for failure to display a license plate. McVeigh was charged with unlawfully carrying a weapon and transporting a loaded firearm.

Trials of the Perpetrators 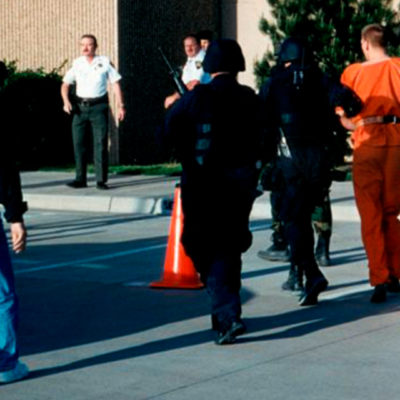