Skip to content
View My Trunk
0
Home / Museum / About Us

The Memorial and Museum were forged from the destruction and heartache of the April 19, 1995, Oklahoma City bombing.

The Meaning Behind It All

The Memorial and Museum’s Creation

We come here to remember those who were killed, those who survived and those changed forever. May all who leave here know the impact of violence. May this memorial offer comfort, strength, peace, hope and serenity.® 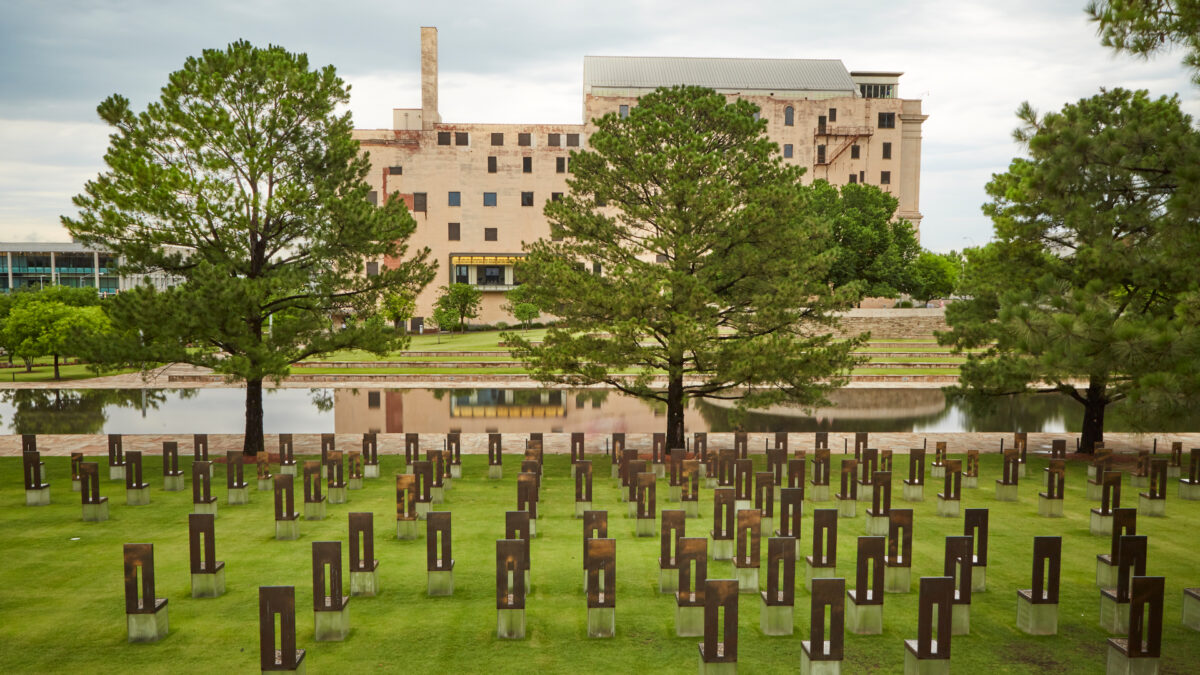 The Field of Empty Chairs fills the foreground, with the Reflecting Pool and Memorial Museum beyond.

Like the response to the event it was meant to commemorate, the creation of the Oklahoma City National Memorial has been a cooperative effort involving many people and all levels of government. In 1995, Oklahoma City Mayor Ron Norick appointed a 350-member task force to explore ways to remember this tragic event and honor those killed. In March 1999, the task force issued its report. In the Memorial Mission Statement, the Task Force called for the creation of a memorial to remember those who were killed, those who survived and those changed forever – in short, all who were touched directly or indirectly by the bombing.

The Task Force also called for these major components

The Outdoor Symbolic Memorial is a place of quiet reflection. It honors those who were killed, those who survived and those changed forever on April 19, 1995. It encompasses the now-sacred soil where the Murrah Building once stood, as well as the surrounding area devastated by the attack. The Memorial is open to all 24 hours a day, year-round. 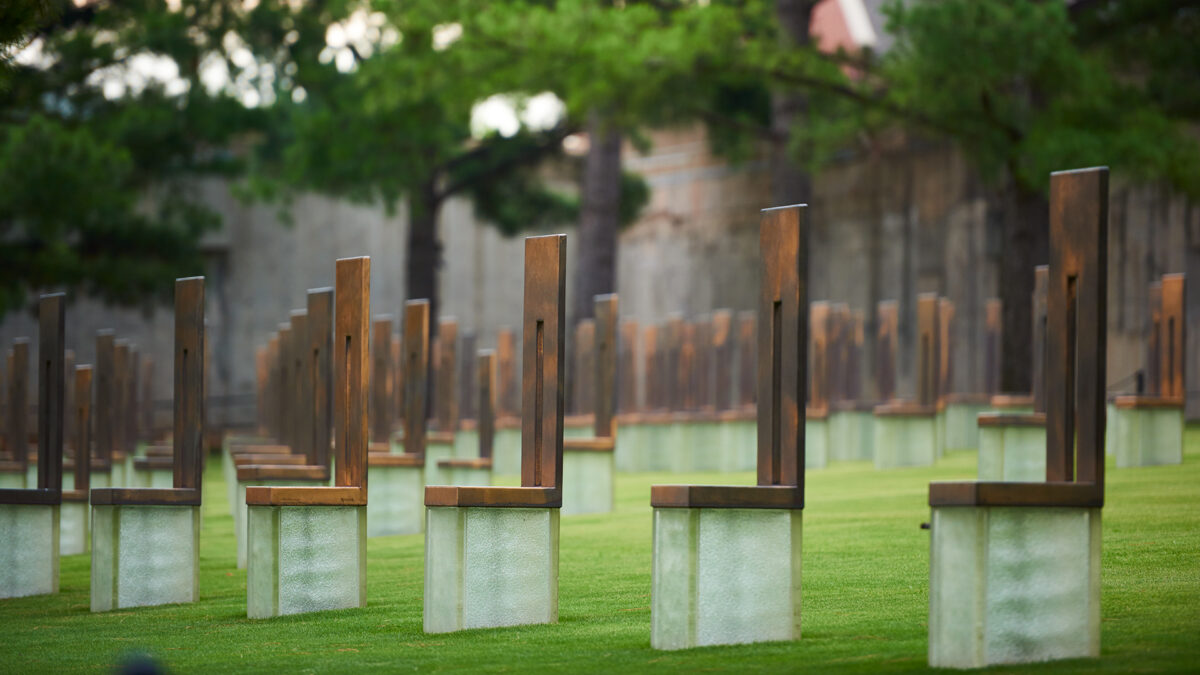 Each chair in the Field of Empty Chairs represents and memorializes a person killed in the Oklahoma City bombing.

The Memorial Museum is an interactive learning experience that occupies the west end of the former Journal Record Building. Built in 1923, this building withstood the bombing. The state-of-the-art Memorial Museum takes visitors on self-guided tours through the story of those who were killed, those who survived and those changed forever by the April 19, 1995, bombing of the Alfred P. Murrah Federal Building – as well as the world’s response in its aftermath. The Museum uses 35 interactives as well as hundreds of hours of video and artifacts to show visitors each personal detail. Museum Admission fees help maintain the Memorial. 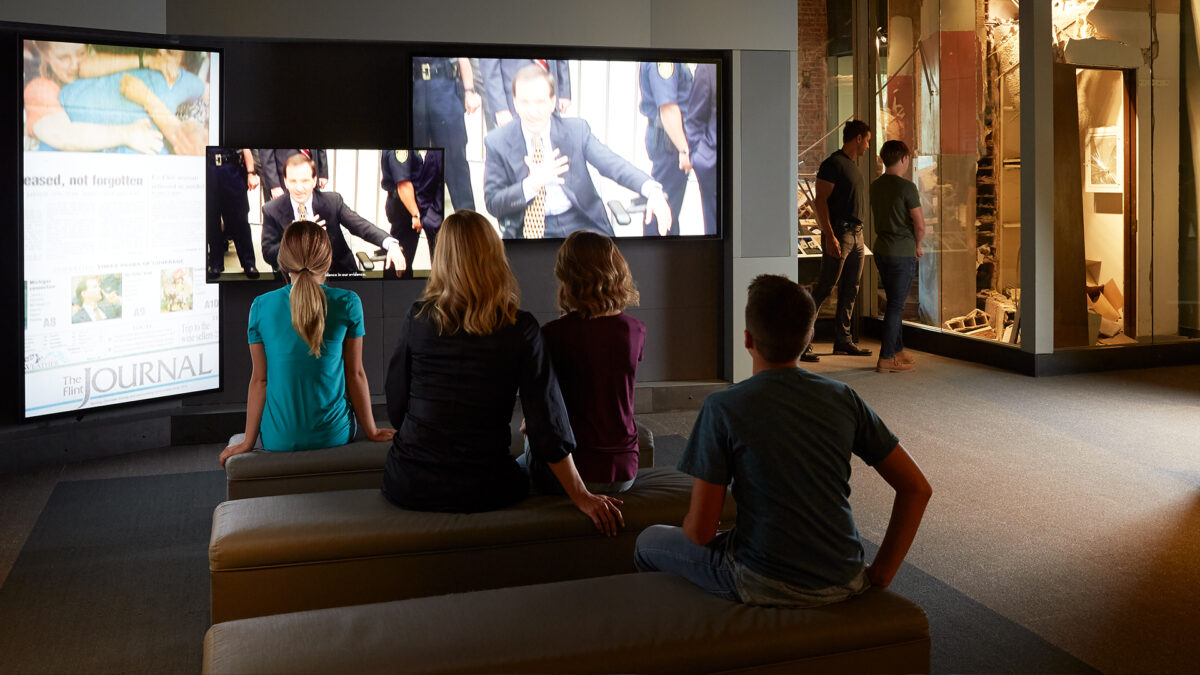 Chapter 9 in the Oklahoma City National Memorial Museum takes visitors through the trial of the perpetrators.

In 2001, the inaugural Oklahoma City Memorial Marathon was held on the streets and neighborhoods of Oklahoma City. Fewer than 5,000 participated that year, but 20 years later, around 25,000 runners come from across the globe to #RUNtoREMEMBER. 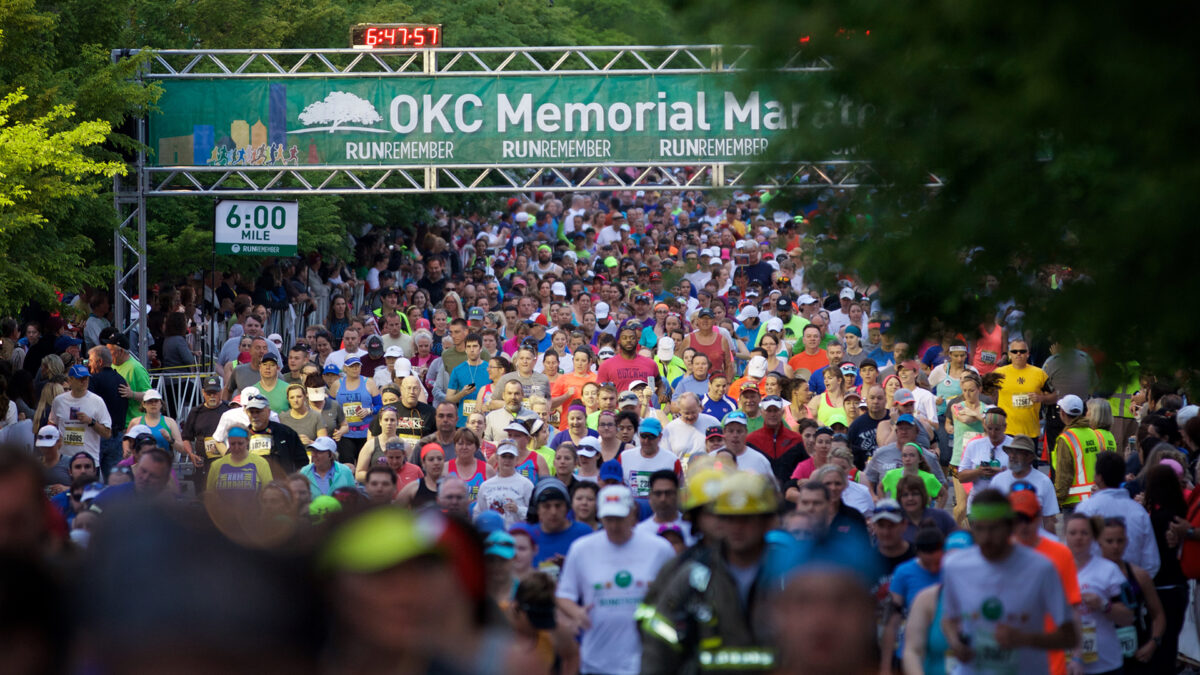 Athletes from around the world take off from the start line of the Oklahoma City Memorial Marathon.

The former Journal Record Building – which suffered severe bombing damage – is listed on the National Register of Historic Places and is now home to the Memorial Museum, as well as serving as the base of operations for Memorial, Museum and Marathon staff. 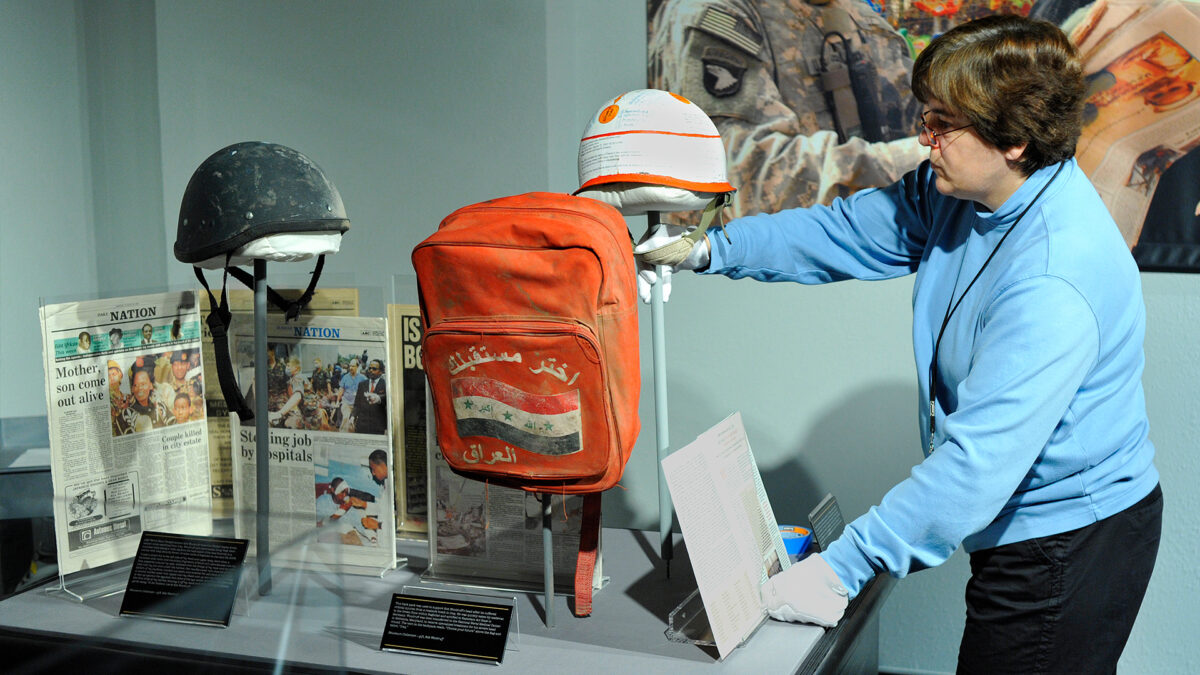 Both the Memorial and Museum are maintained and operated by the Oklahoma City National Memorial Foundation, a private non-profit organization.

The Oklahoma City National Memorial & Museum does not receive any annual operating funds from the federal, state or local government. Museum admissions, store sales, the OKC Memorial Marathon, earnings from an endowment and private fundraising allow the Memorial and Museum to be self-sustaining.