The 20th Annual Student Essay Contest encourages students to reflect on how engaging in civil conversations have made a difference in their lives.

We come here to remember those who were killed, those who survived and those changed forever. May all who leave here know the impact of violence. May this memorial offer comfort, strength, peace, hope and serenity.
— Memorial Mission Statement

The Memorial’s Mission Statement was created by a 350-member task force that was brought together by an unspeakable act of terrorism. On April 19, 1995, one hundred and sixty-eight individuals were killed in the bombing of the Alfred P. Murrah Federal Building in downtown Oklahoma City. Within months, survivors, family members, first responders and community members united to create the Oklahoma City National Memorial &amp; Museum.

Those involved in the Memorial process had to learn to listen to other perspectives, share their personal opinions and practice patience and civility all while working through their own grief and vulnerability. Though the discussions were difficult and emotional at times, everyone was committed to ensuring those who were killed, those who survived and those changed forever would always be remembered.

Explore the entire Mission Statement in the Virtual Artifact below.

The preamble to the Mission Statement can be found around the Memorial site. Here, it is etched in the Gates of Time.

The 20th Annual Student Essay Contest encourages students to reflect on how engaging in civil conversations have made a difference in their lives and how respectful discussions can lead to a kinder, gentler world.

Students in grades 5-12 may participate and are eligible to win a cash prize and have the opportunity to be recognized at a ceremony in March, 2021.

Over 550 essays from 34 states were submitted in this last year’s essay contest. Winning essays came from students in Oklahoma, South Dakota and Illinois. 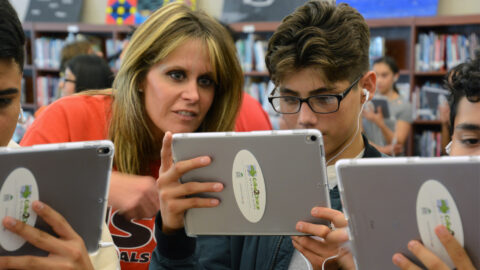