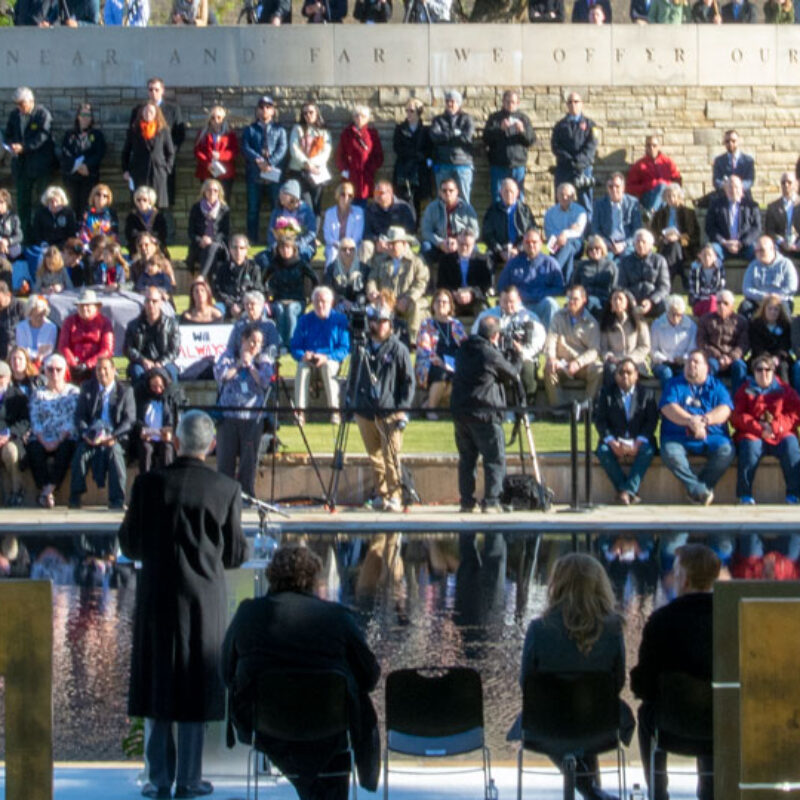 Today, we honored those who were killed, those who survived and those changed forever on the 24th Anniversary of the Oklahoma City bombing. The day began with the Remembrance Ceremony, where we heard beautiful songs from Danny Gokey, meaningful words from Board Chairman Justice Steven Taylor, Chief Bill Citty, Reverend M. Price Oswalt, Mayor David Holt, Governor Kevin Stitt, and U.S. Senator James Lankford. Family Members, Survivors and First responders read the 168 names of those who were killed and we observed 168 seconds of silence in their honor.

The Museum was free to all visitors today, thanks to Cox Communications as part of Cox Community Day. We loved welcoming the thousands who were able to experience the powerful story the Museum tells.

Governor Kevin Stitt brought his entire family though the Museum with a special guided tour from Justice Taylor and commented, “The people of Oklahoma City have done a fabulous job with the Museum, the interactives were amazing and our kids were going through them and the artifacts learning the history.”

Dozens gathered in Scissortail Park to help transplant a Survivor Tree clone near Union Station. The clone has been growing from a seedling at the home of Bob Johnson, the founding chairman of the Memorial’s Board of Trustees. A crew dug it out shortly before transplanting it during Friday afternoon’s brief ceremony. “This clone of the Survivor Tree is a symbol of the spirit of the people of Oklahoma City,” said Kim Lowe, Chairwoman of the MAPS 3 Park Subcommittee.