Skip to content
Home/ Experience/ Their Stories/ Those Who Were Killed/ Alan G. Whicher 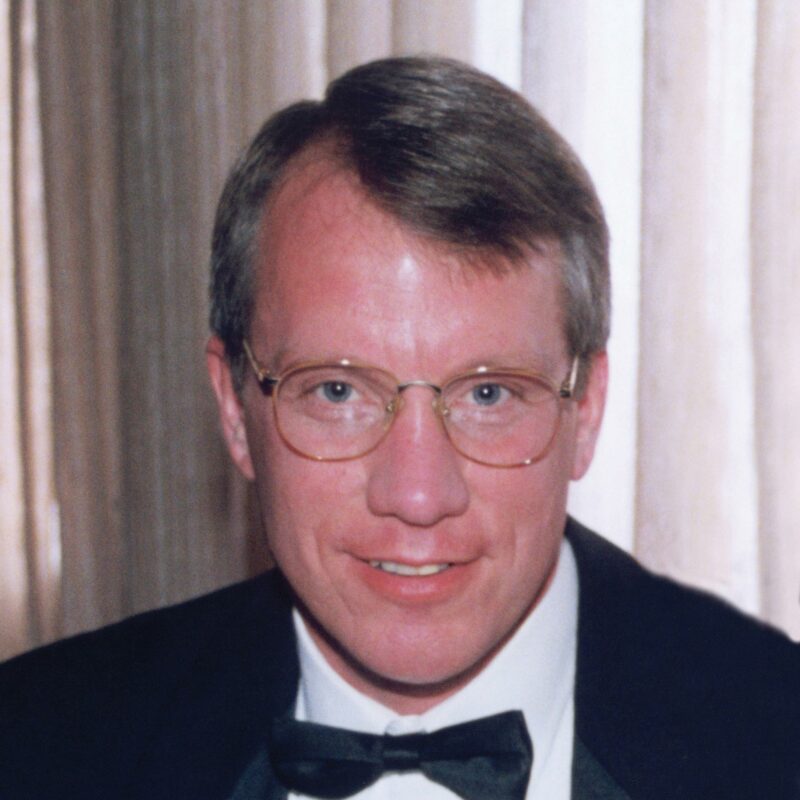 He instituted “family fun night”, which forged bonds that would later remind us of who we were.

Twenty minutes before the explosion on April 19, 1995, Alan Whicher phoned his wife, Pam, at home to give her a pep talk and wish her good luck before she gave a speech that day at a women’s Bible study at Oklahoma City University.

Accustomed to excelling in his own endeavors, he encouraged others to do the same. “He was so Type A,” said Pam, “that when he started something, he saw it through.”

Health-conscious and industrious, Alan religiously chose salads over burgers, was up by seven on Saturday mornings ready to tackle the weekend chores (“I finally talked him out of mowing the lawn at eight,” said Pam), and pumped iron four times a week (“He had muscles upon muscles,” said Larry Kingry, a friend and fellow agent). “As a kid,” said his mother, Bette, “he used to wax his car so much, he’d wax the color right off of it.”

A member of St. John the Baptist Catholic Church in Edmond, Alan gave up drinking alcohol every Lent, and it didn’t matter what party he attended, he wouldn’t drink. “He was never swayed by a crowd,” said Pam.

He protected presidents and princes, and he told his staff upon arrival in Oklahoma, “People say that I’m hard but fair.” Observed Kingry, “He was fair, but he wasn’t hard.”