As money poured in to support survivors, family members and rebuilding efforts, planning and accountability were paramount.

Thoughtful, Long-Term Planning is Required to Appropriately Honor any Gift

In the weeks and months following the bombing, funds poured in. The nation – and the world – expressed their grief, sorrow and solidarity in the form of generosity. It quickly became clear that this money needed thoughtful plans and accountability to make the most of these gifts.

The Oklahoma City Disaster Relief Fund was established following the 1995 bombing of the Alfred P. Murrah Federal Building. This fund holds all of the assets of the contributions received by the Oklahoma City Community Foundation and continues to help survivors, family members and others with medical support and mental health counseling.

Project Recovery OKC, Inc., was a national effort started by Governor Frank Keating involving the State of Oklahoma, the City of Oklahoma City, and their citizens. Project Recovery asked for America’s help in restoring material and financial losses resulting from the bombing. Over $3.7 million was distributed as a result of this program, with most of that going directly to the families of victims.

Santa Clara, CA, resident Chris Gross started a fund for children affected by the Oklahoma City bombing, donating his entire annual salary of $53,874 as seed money. Accounts and generosity like this appeared across the country during recovery from the bombing – directly countering the perpetrators’ intentions.

Early on, the need was apparent to provide long-term help for the children who lost a parent – or both – to the bombing. To that end, two scholarship funds were established.

The Heartland Scholarship Fund is a renewable award for dependent children of individuals killed, or a surviving dependent child who was injured in the April 19, 1995, bombing. The scholarship is applicable to tuition, fees, special fees, books and room and board. It can be used for undergraduate study anywhere in the United States, or graduate work in Oklahoma. Twenty-seven students have used the Heartland Scholarship Fund.

Kathy Keating and others discuss the planning put in place to make the most of funds. 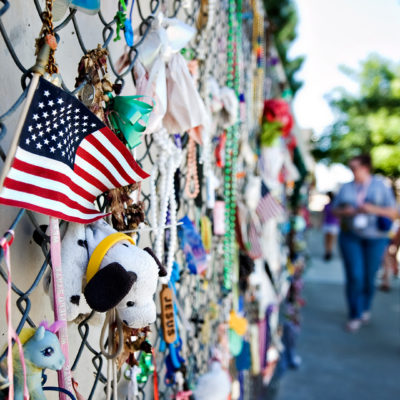