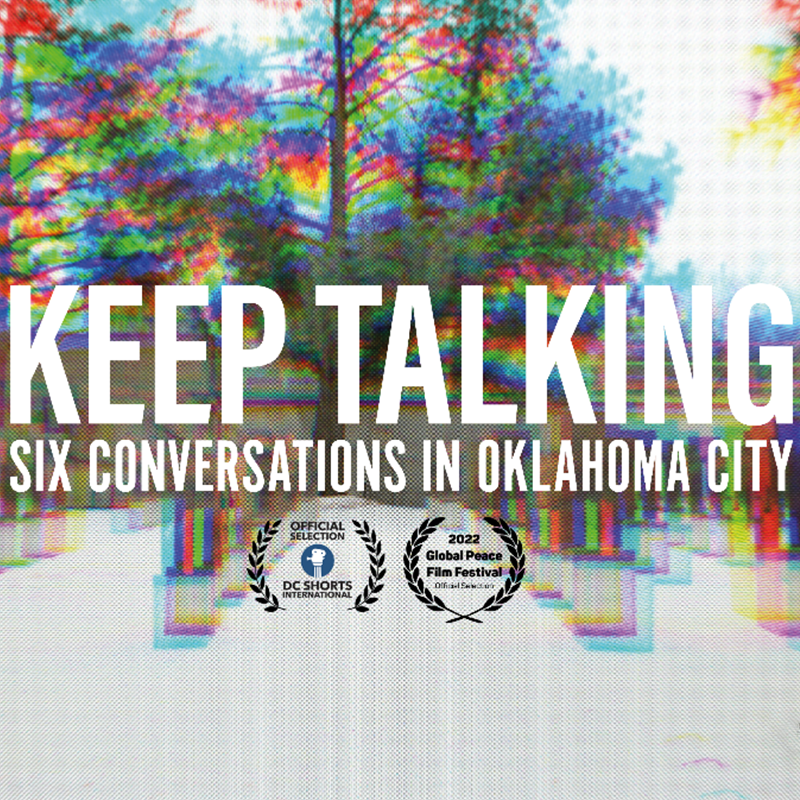 Today, we almost take our polarization for granted. Red States and Blue States. Facts and Alternative Facts. Electors and Alternate Electors. The rhetoric increases in temperature. The threats amplify. The boasts and predictions of a coming Civil War seem almost rote. It is clear that most Americans have never actually experienced what happens when political divisions turn into hardened battle lines. What happens when communication breaks down? What happens when we stop talking? Those who have experienced it seem most invested in ensuring it does not happen again.

Nearly three decades after the Oklahoma City bombing, a politically motivated attack on a federal facility, Bertelsmann Foundation Documentary Filmmakers Samuel George and Anthony Silberfeld travel to ground zero of that assault. In these six conversations with people impacted by the blast, one salient theme emerged: If we want to keep this from happening again, we need to keep talking.

The film will be followed by a panel discussion, building on GMF’s Cities Fortifying Democracy project that brings American and European cities together to strengthen democracy from the ground up.