In this lesson, students explore the meaning and power of symbols – and how they help comfort and reassure people.

In the aftermath of the Oklahoma City bombing, teddy bears and other items of comfort were left at the bomb site, symbolizing hope and comfort for the victims and their families. Soon, an organized effort helped each family receive a teddy bear at the statewide prayer service held on April 23, 1995. The teddy bear has come to be a special symbol at the Oklahoma City National Memorial.

Students will identify symbols on the local, state, and national level and learn how symbols helped Oklahomans cope with the Oklahoma City bombing.

Oklahoma Academic Standards for Social Studies; Oklahoma History Content Standard 5:10; grades 9-12:
Cite specific textual and visual evidence to analyze the causes and effects of the domestic terrorist attack on the Murrah Federal Building in Oklahoma City, including the responses of Oklahomans to the event, the concept of the “Oklahoma Standard” and the creation of the Oklahoma City National Memorial and Museum.

Common Core Standards for ELA; Writing #4; grades 6-12
Produce clear and coherent writing in which the development, organization, and style are appropriate to task, purpose, and audience.

National Council for the Social Studies 4.g; grades 6-12:
Social studies programs should include experiences that provide for the study of individual development and identity, so that the learner can analyze a particular event to identify reasons individuals might respond to it in different ways.

National Council for the Social Studies 6.e; grades 6-12:
Social studies programs should include experiences that provide for the study of how people create and change structures of power, authority, and governance, so that the learner can distinguish among local, state, and national government. 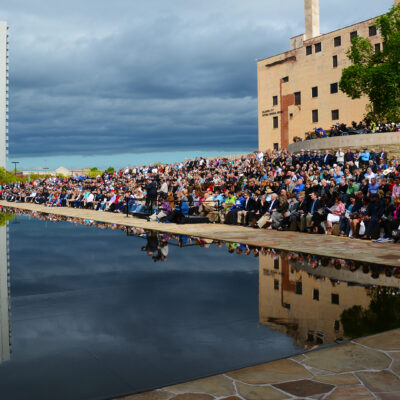 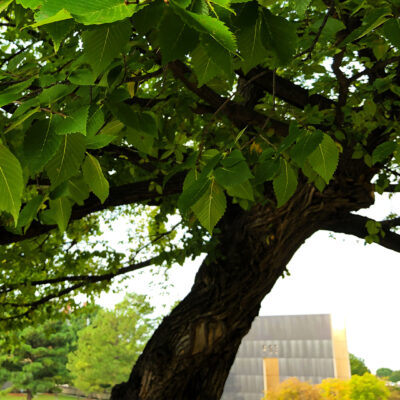