Evidence: What Story Does It Tell?

Locard’s exchange principle states that, “Every time someone enters an environment, something is added and removed from it.” In other words, “Every contact leaves a trace.” Investigators operate under this assumption to help solve crimes by looking for and collecting physical evidence left behind at crime scenes. Their findings may make the difference between a guilty or not guilty verdict.

Once it was determined that the Oklahoma City bombing was not just a tragic accident, but a deliberate act of terrorism, investigators began securing the site and started collecting evidence. Investigators immediately took statements made by eyewitnesses and survivors to see if anyone saw anything suspicious prior to the bombing that could lead to the perpetrators. Tangible, or physical, evidence was also being collected to help solve this crime and bring the perpetrators to justice. 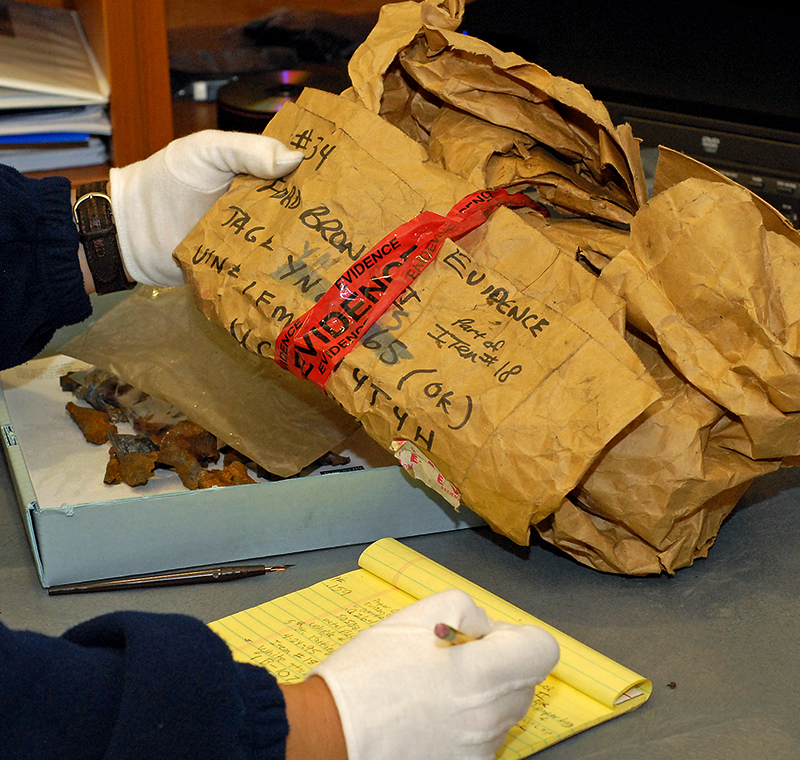 Through countless hours of meticulous work by investigators, there was enough testimonial and physical evidence to convict Timothy McVeigh and Terry Nichols for their part in the deaths of 168 innocent men, women and children. Physical evidence, such as fingerprints, dental records, and clothing was also critical in determining the identity of many victims.

Students will discuss the differences between testimonial and physical evidence and debate which kind of evidence is more reliable in solving a crime. Students will “lift” each other’s fingerprints and conduct an activity on their cell phones to see examples of each type of evidence. They will examine the testimonial and physical evidence in the trials of Timothy McVeigh and Terry Nichols.

Oklahoma Academic Standards for Social Studies; Oklahoma History Content Standard 5:10; grades 9-12:
Cite specific textual and visual evidence to analyze the causes and effects of the domestic terrorist attack on the Murrah Federal Building in Oklahoma City, including the responses of Oklahomans to the event, the concept of the Oklahoma Standard and the creation of the Oklahoma City National Memorial & Museum.

Oklahoma Academic Standards for Social Studies; High School U.S. History; The United States: The American Nation in Transformation, 1878 to the Present Content Standard 6:6; grades 9-12:
The student will analyze the foreign and domestic policies in the contemporary era, 1977 to the present; Evaluate the rise of terrorism and its impact on the United States including the 1995 bombing of the Murrah Federal Building, the first attack on the World Trade Center Towers in 1993, the attacks on September 11, 2001, the PATRIOT ACT, and the creation of the Department of Homeland Security.

National Council for the Social Studies 10.a; grades 6-12:Social studies programs should include experiences that provide for the study of the ideals, principles, and practices of citizenship in a democratic republic, so that the learner can identify key ideals of the United States’ democratic republican form of government, such as individual human dignity, liberty justice, equality, and the rule of law, and discuss their application in specific situations. 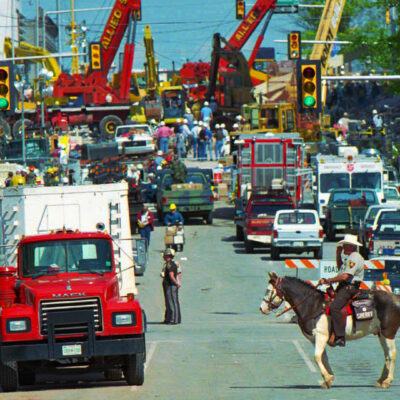 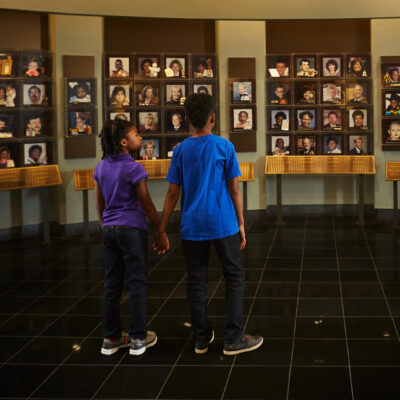