What was once an ignored, unassuming urban tree is now an iconic symbol of hope.

This century-old American elm could have succumbed to the brutal attack of the Oklahoma City bombing. But it survived. It grew. And more importantly, it became an icon to people here and around the world. Because like our city, our people, family members of victims, the survivors, first responders and others, it endured what most thought would break it. 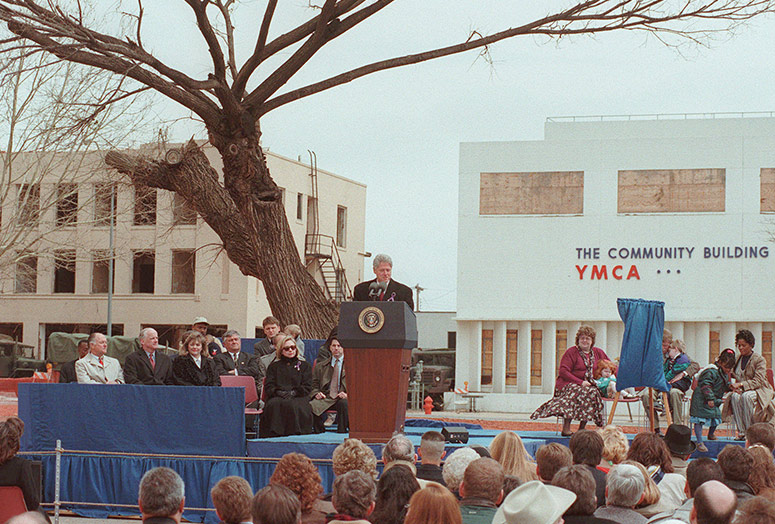 President Clinton speaking to leaders, the public and others in front of the damaged Survivor Tree in 1996.

As the Oklahoma City community – and the world – recovered from the shock of the bombing, it became clear that this formerly scorned tree meant something to us all. FBI investigators wanted to cut it down to remove evidence – bombing shrapnel – from it. Cleanup of the area seemed to require its removal. But it was protected. It had taken on a new significance for everyone involved. 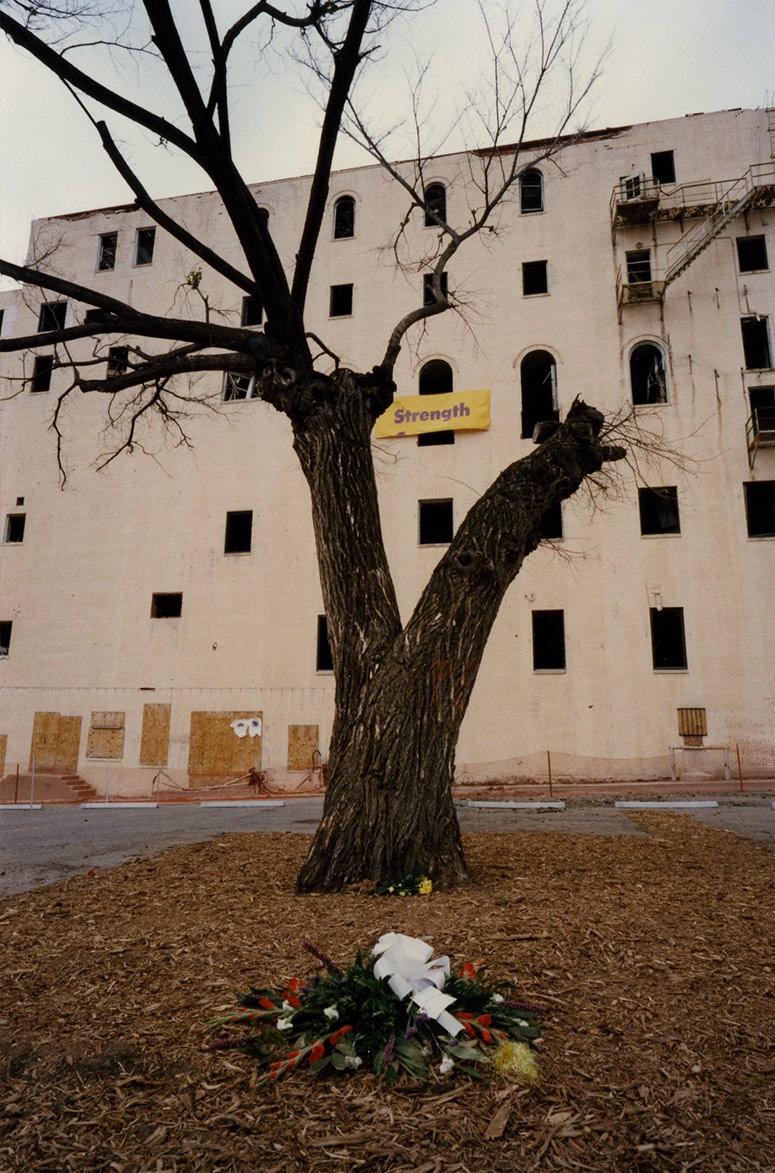 Damaged tree in the months after the bombing.

The Survivor Tree became a steadfast symbol of resilience and its protection was mandated as part of the Memorial Mission Statement. 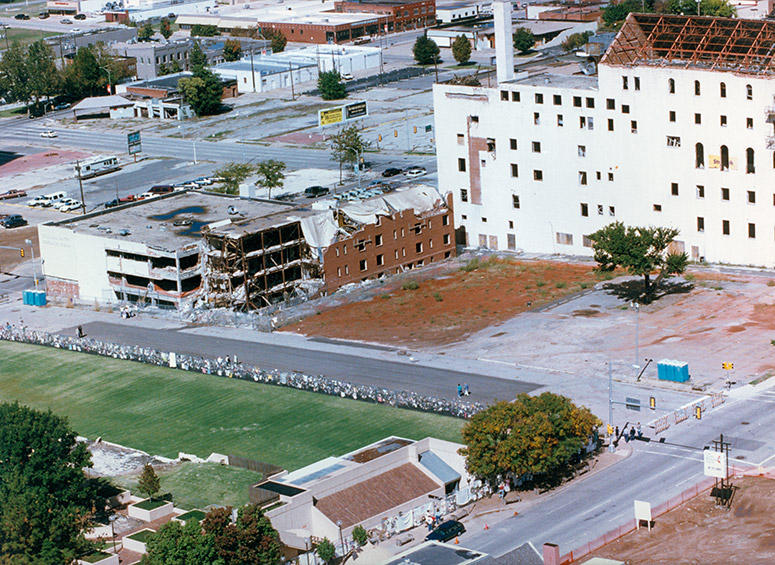 The grass to the left was the former footprint of the Alfred P. Murrah Federal Building. Above that, the original fence is visible, along with Fifth street – now the Reflecting Pool – the Oklahoma Water Resources Board and Athenian buildings, and the Survivor Tree to the right.

As preliminary planning for a permanent Memorial began, it was quickly determined that any design must include the Survivor Tree – an integral part of the story of what happened here, as well as our hope for the future. 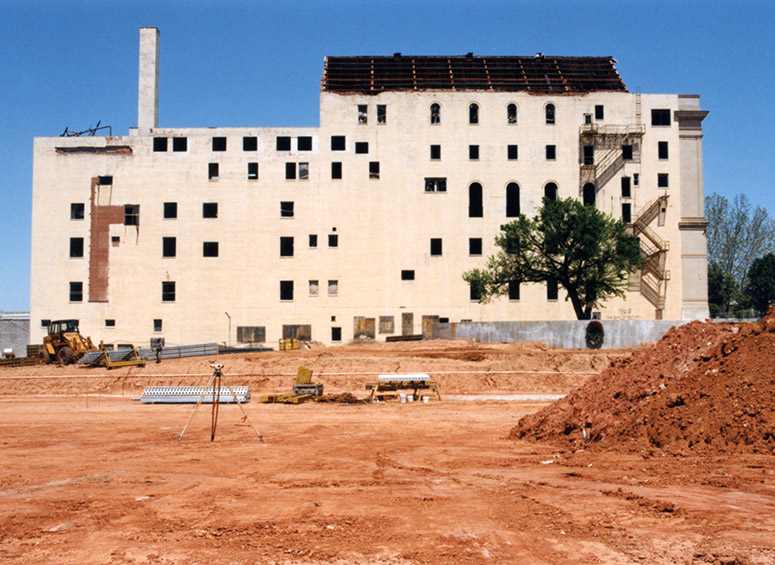 Memorial Construction begins, and the Survivor Tree is treated with utmost care.

The Survivor Tree has become a beacon of hope, and its roots have grown deep into the Oklahoma City National Memorial and the fabric of this city. Today, arborists from the Oklahoma Department of Agriculture, Food and Forestry help care for the tree. 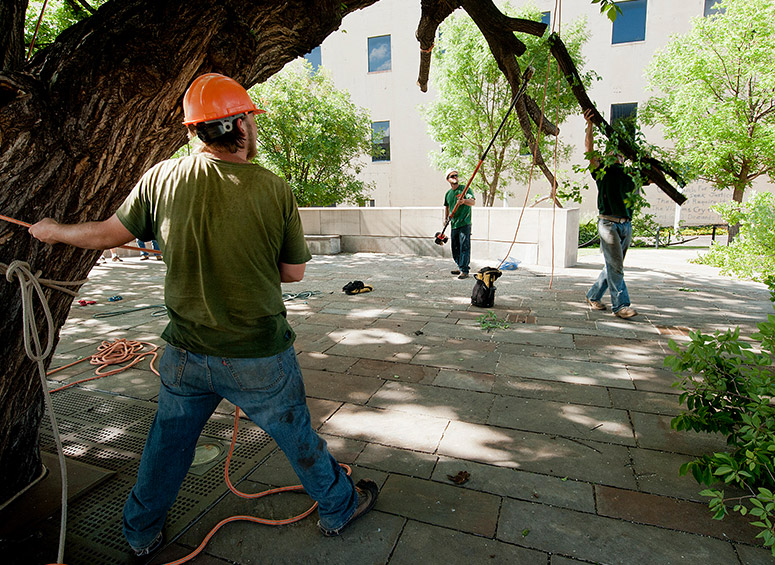 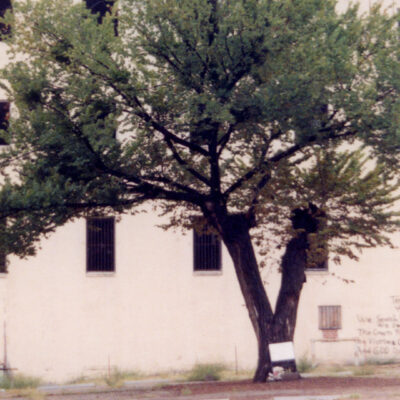 The Survivor Tree – Then 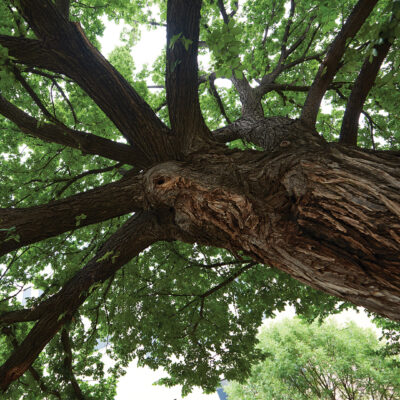