We’re not concerned with what the perpetrators wanted or intended, but we’re pretty certain our response is not what they hoped for.

We Always Get to Decide How to Respond to Any Injustice

It’s hard to know what the perpetrators of the April 19, 1995, bombing intended. But it’s even harder to imagine the results were anything like what they intended. Within 72 hours of the bombing, every government agency impacted was back up and running.

If their intent was to create a rift between the people of this nation, in this they also failed in their goal. After the bombing, 12,384 volunteers and rescue workers participated in the rescue, recovery and support operations. The creation of the Memorial brought thousands together, from family members and survivors to community leaders and volunteers. Each year, over half a million people from around the world come to show their respects and learn about the power of the Oklahoma Spirit at the Memorial & Museum. Tens of thousands more run each year in the Oklahoma City Memorial Marathon.

The new Oklahoma City Federal Building was built directly across from the Memorial – a clear message that we, the people, will not be threatened by terrorism. 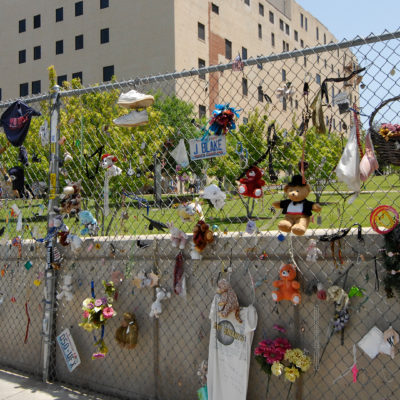