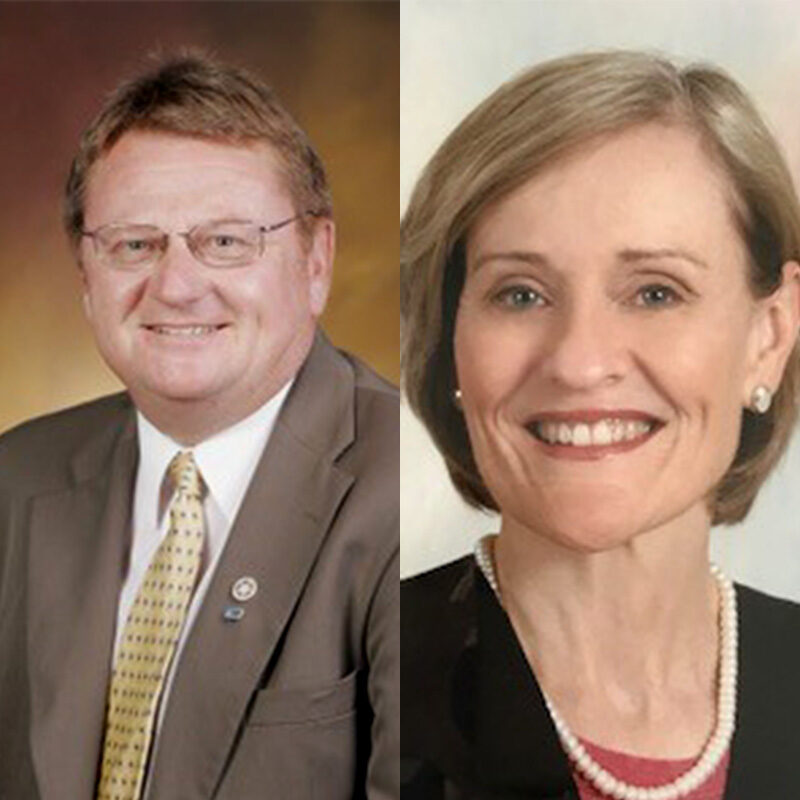 Albert Ashwood served in the Oklahoma Department of Emergency Management in various positions since 1988. He was appointed Director in 1997 and retired from that position in 2018. Following the April 19, 1995, bombing, he was first on the scene for the department, arriving approximately 25 minutes after the explosion. He led the department’s forward operations for the first three days of the incident before turning his attention to the administration of recovery efforts. Ashwood had the difficult task of leading through this crisis while awaiting word on his sister-in-law Susan Ferrell’s fate.

Albert’s wife Cindy Ferrell Ashwood has been a District Judge for the 23rd Judicial District which includes Lincoln and Pottawatomie Counties since 2011. Before becoming a judge, she practiced law in Chandler for 25 years. Her sister Susan Ferrell was a lawyer for the Department of Housing and Urban Development and her office was on the 7th floor of the Alfred P. Murrah Building. She was one of the 168 individuals killed in the Oklahoma City bombing.