A tragedy like the Oklahoma City bombing has a cost – in lives, heartbreak and fear. But this lesson plan focuses on the tremendous financial impact.

Recovery: The Financial Impact of the Oklahoma City Bombing

Buildings, property, and medical services can all be assigned value, but there is no way to put a value on the loss of human life. The pain and sorrow is immeasurable. However, Oklahomans vowed never to forget those lost in the Oklahoma City bombing or succumb to the fear of terrorism. With that promise and unyielding perseverance, along with local, state and federal support, Oklahoma City has become a stronger, more resilient community. Oklahoma City continues to benefit from funds provided for restoration following the bombing.

Students will read and answer questions regarding the different agencies able to assist a community after a disaster.

Oklahoma Academic Standards for Social Studies; Oklahoma History Content Standard 5:10; grades 9-12:
Cite specific textual and visual evidence to analyze the causes and effects of the domestic terrorist attack on the Murrah Federal Building in Oklahoma City, including the responses of Oklahomans to the event, the concept of the Oklahoma Standard and the creation of the Oklahoma City National Memorial & Museum.

Oklahoma Academic Standards for Social Studies; High School U.S. Government Content Standard 5:1; grades 9-12:
Students will be able to evaluate the significance of civic participation in order to insure the preservation of constitutional government; Distinguish between civic life and private life by defining civic virtue and explaining the individual’s duty and responsibility to participate in civic life by voting, serving on juries, volunteering within the community, running for office, serving on a political campaign, paying taxes for governmental services, and respecting lawful authority.

Oklahoma Academic Standards for Social Studies; High School U.S. History; The United States: The American Nation in Transformation, 1878 to the Present Content Standard 6:6; grades 9-12:
The student will analyze the foreign and domestic policies in the contemporary era, 1977 to the present; Evaluate the rise of terrorism and its impact on the United States including the 1995 bombing of the Murrah Federal Building, the first attack on the World Trade Center Towers in 1993, the attacks on September 11, 2001, the PATRIOT ACT, and the creation of the Department of Homeland Security.

National Council for the Social Studies 4.g; grades 6-12:
Social studies programs should include experiences that provide for the study of individual development and identity, so that the learner can analyze a particular event to identify reasons individuals might respond to it in different ways.

National Council for the Social Studies 6.e; grades 6-12:
Social studies programs should include experiences that provide for the study of how people create and change structures of power, authority, and governance, so that the learner can distinguish among local, state, and national government. 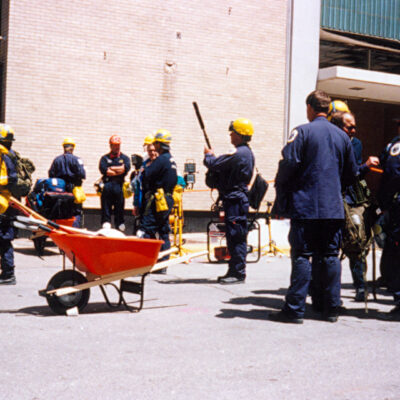 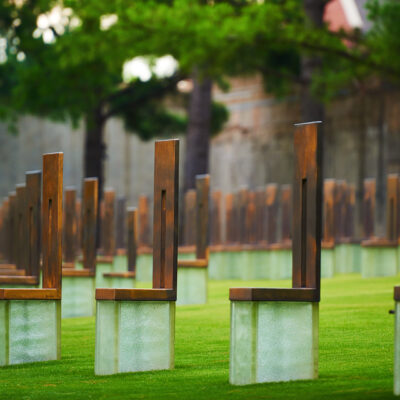